The second of my structural investigations focussed on Vladimir Tatlin’s Monument to the Third International. Inspired by Paris’s Eiffel Tower and Athanasius Kircher’s seventeenth-century representation of the Tower of Babel, Tatlin designed this monument to mark the end of the Russian Revolution. Unfortunately never built, the design served as a symbol for utopian thought and, through its proposed use of iron, steel and glass, stood as an inspiration for modern architecture.

It was my ambition to take the primary helical form of the tower, remove the main diagonal supporting strut, and create a self supporting helix structure. 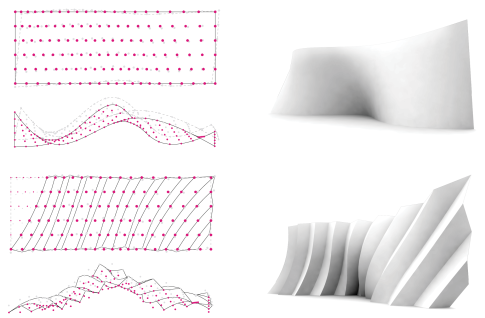 Using Grasshopper, I generated a way to take any surface and apply some of the basic principles of Shell lace to it. This enabled me to investigate particular angles and frequencies of corrugation on the helical surface. While attempts in a single direction resulted in the physical models requiring additional support, I believe that a combination of both vertical and horizontal corrugation would have enabled the strut to be removed. 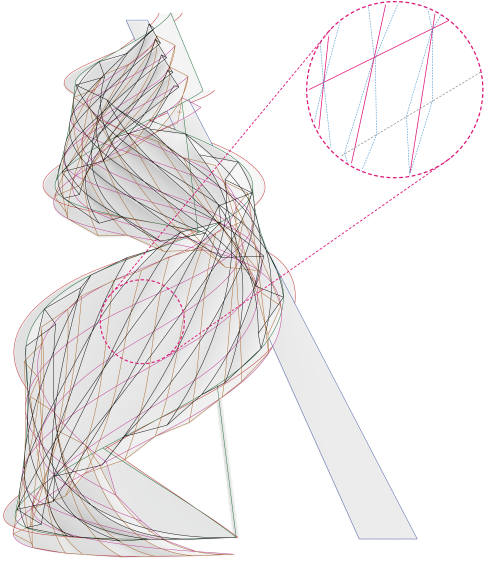 Although the method above may have worked, it would not have provided a minimal material or elegant solution to the problem. Instead, I turned to a monocoque structure and torsion beam approach. 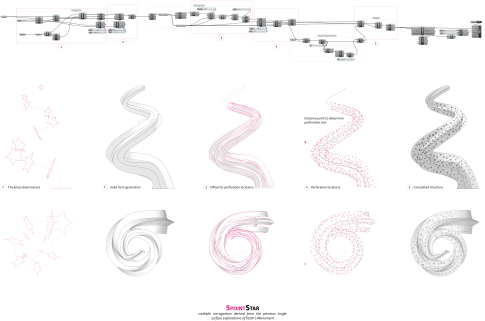 Each parameter from base shape to model height, angle and perforation location can be controlled by the script above, with the successful results shown in the physical paper models below. 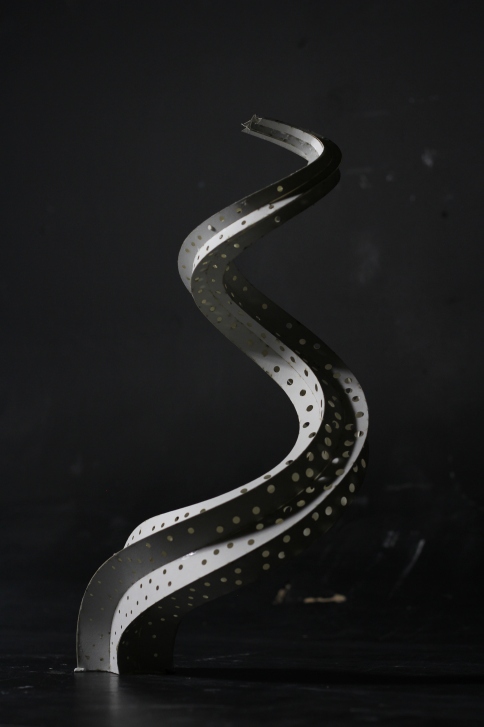