Of the formerly explored growth patterns in nature, none truly contained an inherent investigative approach to their growth. Slime mould however, does. It is a single celled organism, forming a super cell in mass as millions of nuclei share the cell wall. It thrives in dark, damp climates and is largely found in rotting vegetation/woodland.

It has an inbuilt primitive intelligence which allows it to find the most efficient route to its food. The internal rhythmic, synchronous oscillation allows it to form an understanding with its environment by forcing through the nutrients, chemical information and material. Studies have seen it map the transport network of Tokyo and find efficient routes through mazes. To find out more, visit the Slime Mould Collective. 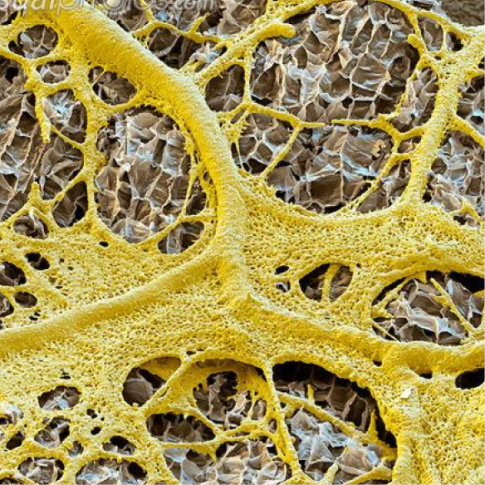